The Germans seem to get a lot of things right when it comes to ingenuity and quality when it comes to consumer electronics. Many of you might not be familiar with Teufel, as they are relatively unknown outside of Germany. However, they really should be more well-known worldwide because they make some awesome products! Today we’re looking at the Teufel Ultima 40. A pair of sublime tower speakers which, in my opinion, are up there with the likes of Klipsch, Onkyo, Pioneer, and other popular consumer audio brands. The Ultima 40 is available as either a passive or active speaker – both of which we cover in this review. 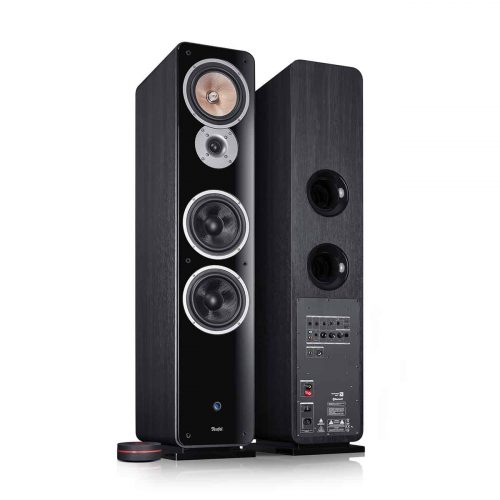 The Ultima 40 is an impressive looking speaker available in black or white with matte finishes. The speakers look equally good with or without the grilles on, which is great if you like to show off those sexy drivers. The Ultima 40 is a 3-way speaker system with two 6½-inch low-frequency drivers, one 6½-inch mid-range driver, and a single 1-inch tweeter. The woofers and midrange drivers feature a woven Kevlar which not only adds to the strength of the cone but the overall aesthetics too.

Even though the Ultima 40 is a large tower speaker, it doesn’t seem imposing at all. With the speaker grilles on, the Ultima 40 blends easily into the furniture.

Teufel has rated the Ultima 40 with a power handling of 120W to 200W and can be driven by 4 to 8-ohm amplifiers or receivers. These are great speakers for a left/right in a home theater setup and Teufel actually has a complete Ultima Series which features a center speaker, subwoofer and rear surrounds.

With the Ultima 40, there are two inputs via four binding posts. The top binding posts send a signal to the mid-range driver and tweeter while the bottom binding post delivers signal to the two woofers. With this configuration, you have three ways to wire the speakers to the amplifier which are a normal connection, bi-wiring or bi-amping.

The normal connection is the easiest and most conventional way of connecting speakers. This makes use of the internal crossover through a single cable connection between the speakers and your amplifier or receiver. There is a bridge plate so you only have to connect the cable to one pair of binding posts.

If you prefer to power the drivers separately, you can remove the bridge plate which then means you will need four channels to drive the Ultima 40. There are two options to do this via bi-wiring or bi-amping. Full instructions on how to wire the speakers correctly can be found in the user manual. 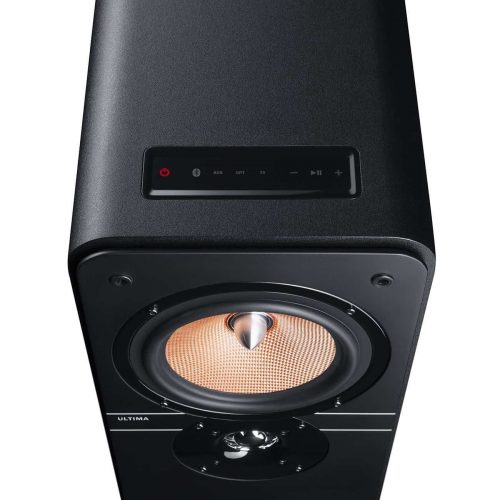 The Ultima 40 Active feature a primary active speaker which powers the second passive speaker. The primary speaker offers a lot in terms of inputs and tuning. Inputs include optical, RCA line (with sensitivity attenuation), and Bluetooth. You also have an HDMI ARC to connect to your TV. If you want to connect a subwoofer, there is a sub out with separate attenuation.

The primary speaker also has a volume control with separate bass and treble tone controls.

A great feature on the active speaker is the ability to swap the speakers left and right. This gives you the option of placing the primary speaker either left or right depending on where your power source is. A small but necessary convenience.

How Does the Teufel Ultima 40 Sound?

For a speaker at this price point, the Ultima 40 sounds better than expected. The bottom end is big and fat but also ever so slightly woolly, especially if you have a hard surface behind the speakers. There are two large bass ports which need some air to breathe so the position in relation to the back wall is important. The mid-range and treble response is excellent and cannot be faulted. The mids deliver good clarity while the highs are crisp. It’s not audiophile quality, however, the Ultima 40 does deliver a premium sound for a speaker in this class and at this price point.

For watching movies, the Ultima 40 is especially impressive. The speakers deliver excellent intelligibility for dialogue while still sounding warm and exciting for louder action scenes. The Ultima 40 deliver enough bass that you won’t need an external subwoofer. I believe this would just be overkill, especially for small rooms and apartments where you don’t need a lot of low-end to fill a room. Having said that, the Ultima 40 is certainly capable of filling most living spaces with ease! 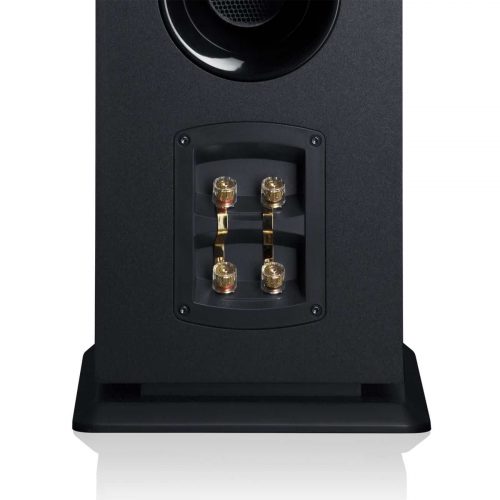 Included with the Teufel Ultima 40:

If you’re looking for something different, then the Teufel Ultima 40 is certainly one to check out. I put these on par with the Klipsch R-24F. However, I would say the R-24F has a more controlled bass response than the Ultima 40. If you’re looking for a stereo pair, then you should definitely consider the Ultima 40 Active over the passive model. You’ll get better value for money by not having to spend extra on an amplifier and cabling as well as a more efficient speaker with factory fitted and tested amplification. If you’re looking for a full surround sound system, you have the option of the 5.1 Ultima Series which is an absolute gem of a system and also very affordable for the size and quality you get. 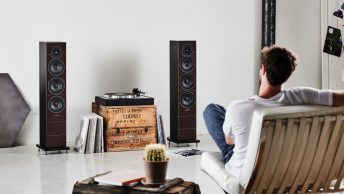 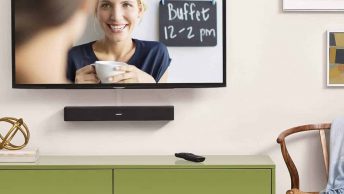 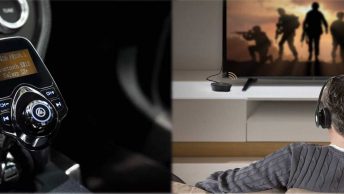 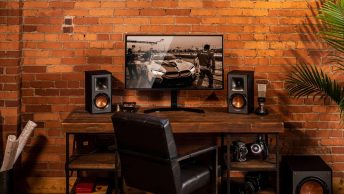 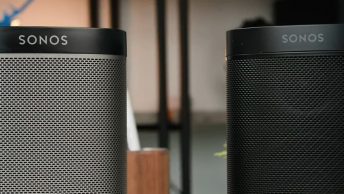 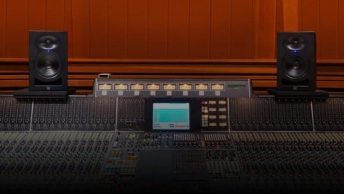