OuterAudio is reader supported. We earn an affiliate commission if you buy through our links . Learn More.

Feliks Audio design and manufacture hand-crafted tube amplifiers out of their facility in Lubliniec, Poland. The companies 20 years of experience comes through in the products they make with the Espressivo, Elise and Euforia winning the praises of fans from around the world. In this article, we take a look at the Feliks Audio Elise OTL Tube Amplifier and why makes this our preferred tube amplifier from Feliks Audio.

Feliks Audio Elise – At a Glance

The Elise comes with standard with 6N13S power tubes and 6SN7 driver tubes, however, the amplifier does operate with the following alternatives recommended by Feliks Audio.

The Feliks Audio Elise features an automatic bias circuit which means you don’t have to re-tune the amplifier when you replace the tubes. There is, however, a 30 – 50 hour run-in time before the Elise reaches optimal performance so keep this in mind when you first use the tube amplifier.

It’s important to note Feliks Audio tube amplifiers run at about 150℃ (302℉) which may be hotter than you’re used to. You do not want to get close to these tubes when the amplifier is powered up. Feliks Audio recommends you do not attempt to touch the tubes for at least 15 minutes after powering down.

The ventilation on the Feliks Audio Elise draws air in from the bottom of the amp which then passes through the top of the case. For this reason, you want to place the Elise on a flat, hard surface like a table or bench which is not covered in felt or carpet as this may obstruct the flow of air. In addition, keep around 10cm (4 inches) clear around the rear and sides of the amplifier to allow for good airflow.

As mentioned, this device runs hot, you want to ensure she can breathe properly.

The Feliks Audio Elise features a single RCA input with two outputs including a stereo RCA on the rear and ¼-inch jack headphone output (32 – 600 ohms) on the front. Also on the front is a neat rotary volume know with a firm yet smooth action.

So, how does the Elise sound?

In short, the Elise sounds like a typical tube amplifier. Clean and warm with a beautiful natural sound stage. There’s nothing particularly interesting or unique about the Elise and Feliks Audio aren’t trying to do anything exciting other than providing an incredible listening experience. We actually prefer the sound of the Elise to the more expensive Euforia which is touted to be Feliks Audio’s flagship tube amplifier. While the Euforia offers a better sound stage, the Elise delivers a warmer sound which is what we all love about tube amps.

There has been a lot of buzz around Feliks Audio tube amplifiers (and for good reason). They are affordable, sound great and have a clean, minimal aesthetic. If you’re keen to try out a Feliks tube amplifier, then the Elise is the best place to start!

If you’re looking to pair the Elise with a DAC, we highly recommend either the Bifrost or Gungnir from Schiit Audio.

If you’re new to the world of tube amplifiers, here is a brief Q&A on how these devices operate and some of the terms you’re likely to encounter.

What is a Tube Amplifier?

A tube amplifier uses tubes rather than modern day semiconductors to amplify an audio signal. With the invention of the silicon transistor, tube amplifiers were largely phased out of consumer electronics during the 1970s. Silicon transistors made consumer electronics much cheaper and easier to manufacture which meant more people were able to afford these types of products.

However, this came at the cost of audio quality. Many audiophiles and purists prefer tube amplifiers because of the cleaner, truer audio characteristics.

What is an OTL Tube Amplifier?

OTL stands for Output TransformerLess and is used to describe a tube amplifier that does not have an output transformer. Without a transformer, which is said to be a major source of distortion, the tube amplifier produces a cleaner sound. OTL’s are known for producing higher temperatures which is why the Feliks Audio Elise runs hot.

What is the Difference Between Driver and Power Tubes?

This is a topic that can get very technical with terms that leave you with more questions than answers. I’ll do my best to translate this into a simple explanation as best I can…

A tube has three characteristics:

The driver tube has a high voltage amplification but it also has a high output impedance. The power or output tube has current amplification with low output impedance. This makes it capable of handling a high load from a transformer. With the two tubes working together, the driver tube amplifies the signal to the power tube which then drives the signal to the output.

Now, it’s important to note that tubes behave differently depending on the way the tube amplifier is designed. The above is a simple example and may not explain how all tube amplifiers behave. You can also have single tube amplifiers without a driver tube.

What is Headphone Impedance?

Headphone impedance is the measurement of resistance to the current being delivered from an output. In the case of this article, a Feliks Audio Elise. Headphones are divided into two groups relating to impedance: high impedance and low impedance.

Low impedance headphones (16 ohms – 40 ohms) don’t require a lot of power to achieve high audio levels. These headphones can be used with MP3 players, your computer, tablets, and smartphones.

You will notice there is a bit of a grey area between 40 ohms and 100 ohms. There are not a lot of headphones in this spectrum as mobile devices battle to drive these headphones efficiently and professional audio equipment is too powerful. Here is where a headphone amplifier can be useful to ensure the headphones are driven correctly. 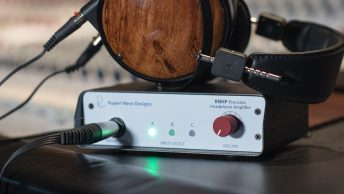 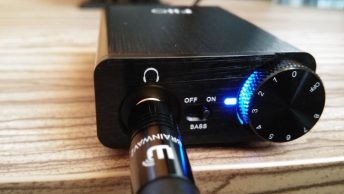 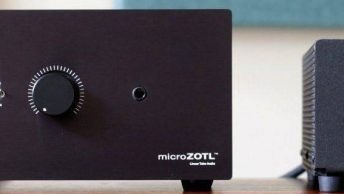 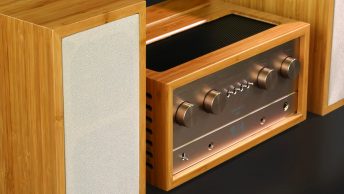