Beyerdynamic is one of the industry leaders when it comes to professional audio. Their range of headphones is enjoyed by audiophiles, sound engineers and regular consumers alike. We recently featured two of their headphones (the DT 770 PRO and the DT 1990 PRO) in The 10 best Studio Headphones of 2018. Since then, Beyerdynamic kindly informed us of the DT 240 PRO – their under $100 studio headphone. The DT 240 PRO is one of Beyerdynamic’s newest pair of headphones and this time they’re after the bloggers/vloggers, podcasters, filmmakers and other media professionals.

Beyerdynamic have indicated the DT 240 PRO is an over-ear headphone but if you compare it to another popular Beyerdynamic over-ear headphone (such as the DT 770 PRO) the DT 240 PRO is most certainly smaller and does not fit over the ear as the 770 PRO does. While they did cover my ear, I found the earcups to be just too small for my ears – causing some discomfort after an extended period of time. The fit of the DT 240 PRO is also fairly tight, adding to the discomfort on my ears. If the earcups were slightly larger, I think I would actually appreciate the tighter fit. Other than that, the memory foam on both the headband and ear pads is very soft and comfortable. The PU leather cover is equally soft and seems to be of a high quality.

One thing we have become accustomed to seeing in headphones under $100 is an all-plastic build. Not on the DT 240 PRO. While the ear cups and headband is made of plastic, the most important elements where wear and tear often occurs is built stronger. The pins for the swivel mechanism are metal, as is the yoke (the piece which fits over the ear cup connecting to the headband). The headband extension is also metal, so when you extend the headphones, they click in place firmly.

This strength is great for general use but also for travel. If you’re a traveling media professional of any kind, a durable pair of headphones is a must! While the DT 240 PRO doesn’t fold up, it does fold flat, and it also comes with a soft drawstring bag. When folded flat, the DT 240 PRO will fit in most laptop bags or even a small backpack. As they’re ultra-lightweight, you won’t be taking on any extra weight either.

The most important part of any headphone, especially when it comes to professional use is its sound quality. Here, Beyerdynamic has done an exceptional job with the headphone mix of the DT 240 PRO. For the most part, the DT 240 PRO is a relatively flat headphone. Sure, it’s perhaps not as flat as some of their more premium studio headphones, but it’s certainly still good enough for professional use.

The bass is rich with a nice chunky definition. It’s not a bass boost but rather a solid bass sound. The midrange is present with good clarity and no muddiness. Then, the treble is where things get interesting. The clarity in the treble is really good, however, in the 4k to 8k frequency range, there seems to be a dip which loses a slight amount of sibilance.

This dip in the treble isn’t a bad thing, especially if you intend using the DT 240 PRO for referencing or podcasting where sibilance can lead to hearing fatigue. Often, any sharp rise in sound could be ear piercing. Where this dip may be an issue is if you want to use the DT 240 PRO for mixing.

The DT 240 PRO comes with the familiar 3.9ft – 9.8ft (1.2m – 3.0m) coiled cable found on most professional headphones. A ¼ inch adapter is also included. Beyerdynamic has also made the cable detachable, with a ⅛ inch insert on either ear cup. This means you can switch the cable to whichever side is better suited to your environment. If you are a podcaster interviewing a guest, you usually only have one headphone amp or output. By switching the headphone cable to the opposite ear, you can plug the headphones in without the cable crossing in front of you. This is just one example of the convenience of having the choice of plugging into either ear cup. The insert is recessed slightly so the ⅛ inch tip/ring/sleeve plus some of the connector fits into the ear cup. If you move around a lot with your headphones, this will offer better durability.

One thing Beyerdynamic haven’t included is a lock mechanism. If your cable gets caught on something, the connector will pull out. However, this will require a sharp yank so it’s not really something to be too concerned about.

I think Beyerdynamic has been smart with the DT 240 PRO. They have built a headphone with all the right sound and build characteristics to appeal to the fast-growing amateur podcaster, vlogger, filmmaker market. The headphones have a stylish, minimalist design which will appeal to both these media professionals and the general consumer.

I would recommend the DT 240 PRO for general consumers looking for an affordable premium headphone. I would also highly recommend these for the market they were intended for -the vloggers, podcasters, filmmakers, etc. who are looking for a quality reference headphone. The DT 240 PRO is built tough so you’ll have no issues taking these headphones out on the road with you either. 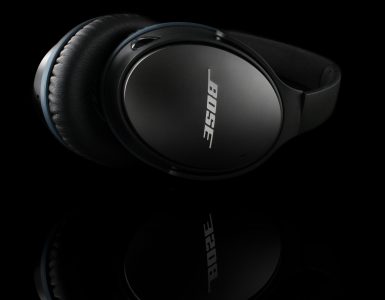 In a Nut Shell: Bose QuietComfort 25 vs 35 – If high-quality sound, digital assistant support, and wireless are important to you, then the Bose QuietComfort 35-II is the best model for you to buy. Being able to...

When it comes to consumer headphones, 2019 will definitely go down as “the year of the earphone.” This is possible in part due to the rise in popularity of the Apple Airpods. It seems like every week, a new...

Good active noise-canceling (ANC) headphones come at a premium. If you have shopped around for ANC headphones, you’ll know you’re looking at a minimum of $200 for a decent pair. Soundcore is on a mission to...